The neighborhood of Ajax is part of the Durham Region and is one of the fastest-growing areas in southern Ontario, Canada. It is well-positioned with Highway 401 running through Central Ajax. The town also owns over 175 acres of the Lake Ontario waterfront parkland and protected wetlands, which is central to the town's cultural and recreation system.

Ajax is home to over 70,000 residents, an excellent public transit system, diverse housing and a large recreational shopping center. It has more than 1900 businesses and is home to a labor force that is close to 42,000. A large number of residents commute to work in Toronto and other towns of the Durham Region.

The town has seen a recent rapid growth in low density population, and real estate principally consists of single-family detached homes with separate lots. The median value of Ajax homes is $333,393 as of 2012. The national average for 2013 was $391,085. The rapid development in Ajax is increasingly encroaching on green spaces, with only the Northwest neighborhood retaining Greenfield areas. However this has been mitigated by the recent acquisition of additional parkland along Lake Ontario by the local authorities.

Residents have the Durham Region Transit service as an alternative to motor vehicles, and the town authorities are working to improve walking and cycling conditions. Healthcare is provided by the Rouge Valley Health System that caters to Ajax and the neighboring towns of Pickering, Scarborough and Whitby. Education is provided by five high schools and a number of elementary schools.

South East Ajax: The neighborhood of South East Ajax offers spacious detached and semi-detached houses, townhouses and a few condo apartments close to the main streets of Harwood Avenue, Bayly Street and Pickering Beach Road. Average real estate prices range from $230,000 to $350,000 for condos, semi-detached and detached bungalows and upwards of $400,000 for 2-story detached and semi-detached homes. The local community has access to Downtown's commercial amenities like Harwood Plaza and the recreational facilities of lakeshore parklands such as Paradise Park. The neighborhood is also slated to see a development of condos, malls, office towers and squares like the Pat Bayly Square alongside landscaped streets.

Central Ajax: Real estate in Central Ajax centers around the streets of Delaney, Westney, Church and Sullivan with close access to Highway 2 that runs parallel to Highway 401 (Kingston Road). Homes include semi-detached, detached and townhouses. The prices range on average from $300,000 to $500,000 for 1 ? to 2-story detached and semi-detached homes.

North West Ajax: Northern Ajax has seen a recent surge of housing development, mainly centered around Taunton Road, Westney Road and Rossland Road and the desirable community of Notting Hill. The neighborhood is home to a number of spacious detached houses and plenty of picturesque green spaces, ravines and ponds that lend to its relaxing and laid-back atmosphere. The growth of sports and recreational facilities and plazas makes it an attractive neighborhood for a young, multi-ethnic population. Average real estate prices for the neighborhood are typically around $350,000 for a modern 2-story town house and between $500,000 and $700,000 for a modern 2-story detached house. 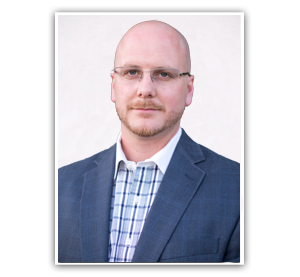